History of the internal combustion engine 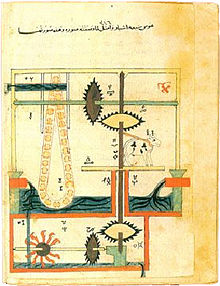 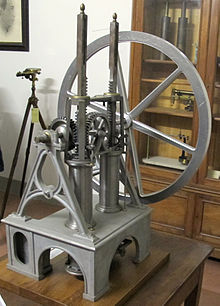 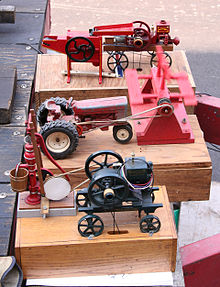 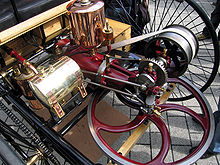 This internal combustion engine was an integral aspect of the patent for the first patented automobile, made by Karl Benz on January 29, 1886. 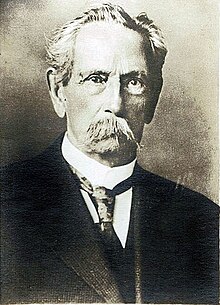 The first piston engines did not have compression, but ran on an air-fuel mixture sucked or blown in during the first part of the intake stroke. The most significant distinction between modern internal combustion engines and the early designs is the use of compression of the fuel charge prior to combustion.

The problem of ignition of fuel was handled in early engines with an open flame and a sliding gate. To obtain a faster engine speed Daimler adopted a Hot Tube ignition which allowed 600 rpm immediately in his 1883 horizontal cylinder engine and very soon after over 900 rpm. Most of the engines of that time could not exceed 200 rpm due to their ignition and induction systems.[33]

The first practical engine, Lenoir’s, ran on illuminating gas (coal gas). It wasn’t until 1883, that Daimler created an engine that ran on liquid petroleum, a fuel called Ligroin which has a chemical makeup of Hexane-N. The fuel is also known as petroleum naptha.

Otto’s first engines were push engines which produced a push through the entire stroke (like a Diesel). Daimler’s engines produced a rapid pulse, more suitable for mobile engine use.

Tags:
Engine, History
Next Petrol engine
Все записи
Previous Gasoline
Close
AutoSystemPro.com is a participant in the Amazon Services LLC Associates Program, an affiliate advertising program designed to provide a means for sites to earn advertising fees by advertising and linking to amazon.com.
Scroll To Top